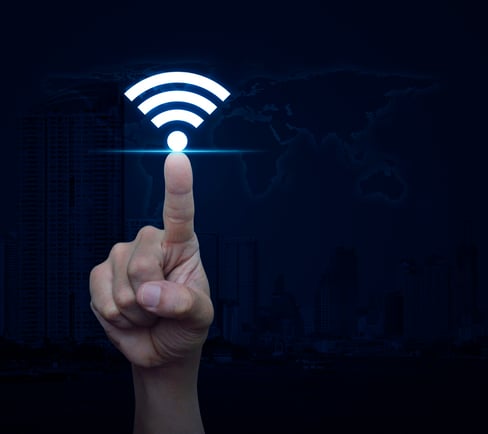 Many industrial and manufacturing operations are looking closely at wireless industrial controls to see what benefits they offer. These wireless systems definitely have advantages -- enabling your systems to communicate more effectively with one another and with your team -- but they require an investment in time and capital to utilize.

The more you know about the basics of moving to a wireless industrial control, the easier it will be to determine if one is right for your company.

The term “internet of things,” or IoT, has been used increasingly in the technology sector, so maybe you are already aware of it. But for many people, what the term means is not completely clear. Fortunately, it is easy to explain. IoT describes both a concept and a real-world network that is rapidly expanding.

The idea is that there are numerous “things” connected over the internet that can transmit and receive data from one another. Your mobile device can connect with the latest thermostats to control your home’s temperature. The thermostat can communicate with a local area weather network to know what the outside air temp will be. The number of things with internet capabilities is growing and the market is substantial at this point.

Each of the things that communicate this way incorporate embedded systems -- systems that are hidden from the user. The thermostat mentioned above is a great example of an embedded system. The user pushes a few buttons to change the temperature. But behind the scenes, there is a lot more going on than just button presses. The thermostat is communicating with the HVAC system, and the thermometer tells it the ambient air temperature. It adjusts based on several factors with regularity, most of which are unknown to the user.

There are several categories of IoT, including:

This consists of all the various devices used by consumers that can communicate wirelessly, such as

This is a category that refers to devices connected over cellular methods. It’s also used as an umbrella term for industrial applications.

Industrial IoT consists of the different things connected in industrial automation, which can vary significantly from consumer devices due to the use of older operational technology stacks. These older stacks use air gapping to provide security, meaning the networks are not connected to the internet.

Someone who’s making, say, fan control units can take advantage of web-enabled controllers. This means that a worker can log in from home and check on alarms and issues. He could even set temperature thresholds remotely instead of having to drive back to work.

These features are fully realized in a cloud-based system.

Note that some customers, like those in the gas industry, prefer to keep their controllers on a local network. Those customers keep their network off the internet because of security concerns (more on that in a bit).

One drawback in using a local network vs. a cloud-based system is that, depending on your setup, a local system can stop you from accessing issues more quickly from home.

Most consumers aren’t aware that the industrial sector has been a major market for wireless technology for over 30 years. The way wireless has been implemented in industrial applications can be quite different, however, due to lack of internet connectivity and interconnectivity between the systems currently in use. For example, a chemical plant may have a wireless tank monitoring system, but that system may not be connected to the internet or to all the other wireless systems in the plant.

If your business is considering connecting all your existing processes into a closed loop under one industrial control, there are a few things to think about:

Is there a good business reason to go with an industrial wireless remote control? It can be appealing to adopt all new technology, but ultimately the expense needs to be justified for business reasons.

How concerned are you with cybersecurity? When you’re web-enabled, you have to download occasional (in some cases, constant) software updates. Plus, seemingly every other month there’s a new hole in security as hackers learn new ways to terrorize businesses. A lot of files electronics creators are using -- SSL communication, AS encryption files -- are running on a Linux operating system. You’ll need to keep up with frequent updates to make sure there are no new Linux security holes.

If you have some really critical data, your electronics manufacturer may be able to partner with another outsourced company to beef up security.

Does the Plug Fit the Socket?

Underground, using IoT does get harder. Crews in, say, the mining industry usually use custom radios instead. Think about where your workers are most often situated and whether wireless industrial controls are a good fit.

There is a lot of excitement among businesses, managers and control system integrators about the possibilities of the industrial IoT. At this point, your competitors probably have wireless capabilities, so you may have no choice but to adapt.

Ultimately, you need to be clear about the pros and cons as they relate to your business. Only then can you move to a wireless industrial control with confidence.

( Editor’s note: This post was originally published in February 2019 and was updated in April 2022 with current information.)

Many industrial and manufacturing operations are looking closely at wireless industrial controls to...