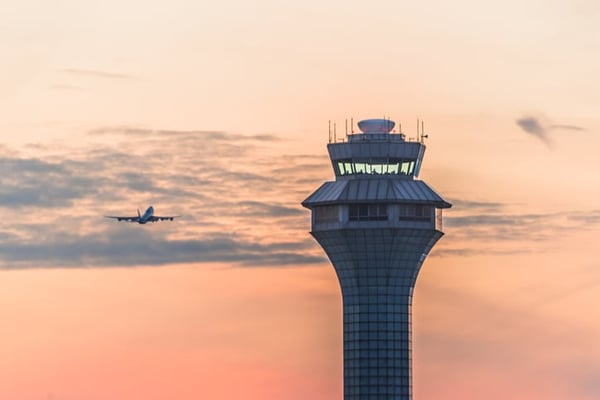 You’ve heard about the many great feats and discoveries in the aerospace industry. You’ve also heard about the tragedies that have happened when a design has gone wrong.

It’s no surprise that aerospace manufacturing and design must meet stringent standards. Electronics in aerospace often face harsh environments, and it may be impossible to repair them while they’re in use -- they’re thousands or millions of feet in the air, after all.

Which means your aerospace PCB assembly better work as you intended.

Consider this an aerospace design engineer’s guide -- never launch a project without these tips!

With any military or aerospace electronics project, there are special boxes your design has to check off:

Aerospace electronic components can be critical or noncritical. For example, there are PCB (printed circuit boards) in the autopilot system on an airplane -- obviously important to keeping people alive. If they fail, you have a big problem, Houston.

In contrast, there are also circuit boards in the seat adjustment controls of a commercial airline. These are not considered critical; if they fail, lives aren’t at risk. Still, you’ve got to design electronics in a way that they can “fail safety” and not be a fire risk.

When considering how you are going to design military & aerospace electronics, plan ahead to follow the appropriate protocols. The components and materials you use should reflect the requirements you must meet for your product’s final use. If your product is mission-critical, expect longer lead times. The approval process is going to be much longer.

Even if your aerospace electronics design isn’t going to a galaxy far, far away, it’s still going to be a pain to replace.

Stick to high-quality components and materials that will be available for future product rollouts. This is especially important when your product is going into an application that will be in the air for months or even years. Repairs and upgrades could cost the end user a fortune.

The material specifications for aerospace PCB assembly and aerospace products, in general, are very nitpicky. Make sure your electronics contract manufacturer is using exactly what you specified in your order. Any end customer or inspector you have to deal with will expect the same.

Everything that’s used in manufacturing and assembly will be inspected to higher standards, checked, and double-checked. For example, a component with a certain percentage mix of two metals will have to fit very specific tolerances.

Holding Up to Harsh Environments

We all associate extreme temperatures with external design challenges -- like the flames that shoot out of the bottom of a shuttle during launch. But heat can also be a concern for internal devices. Temperatures near the engine can be several thousand degrees, for example. Since electronic devices monitor these engines, they have to include components with high heat resistance.

RF radiation is a significant hazard to account for at atmospheric levels within the ionosphere. Ionic radiation is a concern for all vehicles and systems in space, but more so for its potential to disrupt wireless communications.

When using a contract manufacturer to help with the design, manufacture and assembly of your aerospace product, make sure they’re going to follow the proper protocols for testing and inspection. Testing is extremely important because it’s the best way to ensure your product will hold up when it counts. Failure on your electronics manufacturer’s part to conduct proper PCB testing could put lives at risk and increase your liability. In mission-critical applications, it’s usually best to work with a contractor who’s already certified and experienced in aerospace projects.

Thermal and vibration testing are two of the most relevant tests for aerospace products, although there are a variety of tests that can be done depending on the product.

Intrinsic safety is another consideration here. Some parts need to be classified as “intrinsically safe,” which means they are incapable of releasing heat or electrical energy that can ignite the atmosphere around the product. In other words, they need to prevent an explosion or fire.

What is aerospace electronics design, if not one giant quality system? PCB aerospace manufacturing adheres to AS 9100 -- which uses the ISO 9001 standard as a foundation and adds to them.

AS 9100 is a quality standard, but there are other SAE standards that cover different aspects of the manufacturing process.

When you’re manufacturing aerospace parts, each part has to have a set of “key characteristics.” These traits include:

A more specific example is a component that must have a specific tolerance due to it having an influence on the overall product.

Regulators are hyper-sensitive to any type of counterfeit or substitute part. Your electronics contract manufacturer has to guarantee and show that the material path came directly from the approved supplier. It absolutely cannot substitute in a different component without your go-ahead.

It may seem obvious that unauthorized substitutions would be frowned upon, but in aerospace parts production it’s an even bigger no-no. Parts that are fake or don’t follow specs can get both you and the contractor in big trouble.

Risk is a consideration in practically everything we’ve talked about so far. But let’s get a little more specific.

Your electronics manufacturing services supplier should perform a risk assessment any aerospace order it gets. An assessment looks like this:

You should do your own risk assessing too, including deciding on a manufacturer that’s capable of meeting your needs. Don’t choose a company that doesn’t have the capacity or skill to keep up with regulatory requirements and the timing of assembly and product delivery.

Help With Preparing for Launch

Some PCB design and assembly jobs are too important for one engineering team to handle. You may benefit from working with a contract manufacturer that’s not only well-versed in Class 3 electronics, but also assists in the design process. After all, who’s going to better understand what’s manufacturable and what’s not?

To learn more about designing with intrinsic safety and other compliance regulations in mind, check out the free e-book below.

Medical device product life cycle management is a challenge at the best of times. When supply...