China Tariffs: How Will They Affect Electronics Manufacturers? 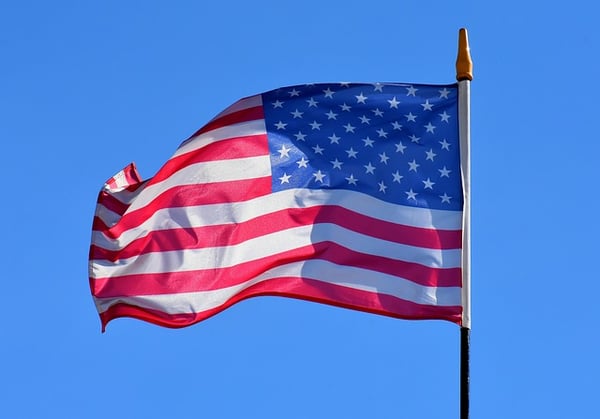 NOTE: This article was updated on September 16, 2019 to reflect recent information regarding tariffs.

Over 1,300 products were included on that initial list released by the White House, affecting industries such as:

Many industry groups held their tongues in hopes that the president would successfully force Beijing to play fairer with intellectual property rights and more. Until early May 2019, that seemed likely, as Trump repeatedly claimed a historic trade deal with China was imminent.

So, why are electronics makers suddenly looking at the possibility of tariffs on virtually everything? And where will the tariffs on electronics from China end up as we approach 2020?

In mid-June, 7 days of hearings were held before the Office of the U.S. Trade Representative on the president's proposal to expand tariffs to an additional $300 billion in imports from China. These are pretty much the only imports from China -- from any industry -- that remain tariff-free.

The USTR has gotten more than 1,000s of written comments on the plan, almost all of them condemning the tariff proposal. They say the additional measures would:

Trump's recent threats to impose tariffs on Mexican imports in a dispute over border security, coupled with fading prospects for a compromise in the China trade war, has resulted in increasingly loud opposition.

On September 1, 2019 tariffs were instituted on roughly $110 billion in Chinese imports. This change hit a variety of markets, including apparel, footwear, home textiles, and some technology products -- including the Apple Watch.

Tariffs of 25% imposed previously on $250 billion worth of Chinese goods are set to rise to 30%. That was initially going to happen Oct. 1, but in September the president announced a delay to Oct. 15.

Will Your Electronics Manufacturers Take a Hit?

So, what does this mean? All suppliers should be expected to pass through current and any new tariffs. In 2018 this meant raising costs of all components listed in the Section 301 tariff act, including:

Since many suppliers produce components in multiple countries, you may not know until shipping whether the “country of origin” for your components will be China. This means that when placing orders, ECM buyers do not always know whether they’ll be subject to additional taxation.

Additionally, there are current talks of additional 15% tariffs being placed on about $160 billion in Chinese goods, mostly electronics including laptops and cellphones, in December of 2019.

The only way around the tariff is to ensure that goods were not reshipped into the U.S. from China via a third-party country. Most electronics contract manufacturers have provided OEMs with a surcharge, with the position that the tariffs were likely temporary. Others, however, have been charging at cost. Now, who knows how they'll adjust charges?

A number of industry associations -- like the International Distribution of Electronics Association -- and individual businesses -- like Matric Group -- have made efforts to have component-level parts removed from the list. Still, the best thing to do in the meantime is to stay informed and know what to expect.

What We Do Know

These are all consumer electronics tariffs. There have been rare exceptions made for general electronics, and we'll wait to hear more about tariffs at the component level. The tariff increase's scope has yet to be finalized, if angry U.S. CEOs have anything to say about it.

Keep This In Mind

A 25% tariff on electronic components doesn't mean a direct 25% increase in the final cost of your product. Some estimates put the price hike in the 3% range for a typical low-to-mid-volume production, but that could increase if tariffs begin affecting active components like integrated circuits.

Components made in Taiwan and Hong Kong are not subject to these tariffs and should continue to be priced as normal.

Even with the lack of consumer electronics on the currently enforced tariffs list (for now), higher prices in the supply chain have led in some cases to higher prices of finished goods for consumers.

A potential list of good impacted by tariffs is available here.

A Lifeline for Inventory Management

Worried about the impact of tariffs on U.S. manufacturers? You may want help with component life cycle management? An electronics manufacturer that offers full aftermarket services can take that headache off your hands: