What Is PCB Functional Testing? 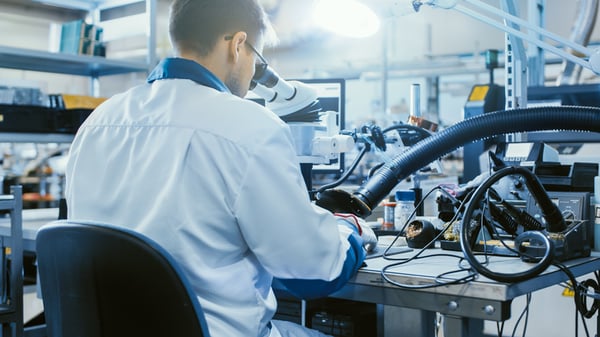 PCB testing is a necessary expense that, when done correctly, prevents much larger and more embarrassing damage control when your product goes to market.

Functional PCB (printed circuit board) testing is performed at the end of the manufacturing process to ensure that the manufactured part will not fail immediately or have a shortened service life.

Let’s distinguish between PCB functional testing and other PCB testing, then get into the specifics and advantages of each.

Why functional testing, specifically, vs. another type of PCB test? Functional PCB testing has some clear benefits, such as:

PCB functional testing examines the whole assembly, not just its components. This kind of circuit board testing simulates the environment in which the actual assembly will be required to perform. With functional testing, it’s possible to test up to 100% of the products before an ECM ships them to an original equipment manufacturer (OEM, AKA you).

Here are some popular PCB functional tests and how they do their job.

Also known as AXI, X-ray inspection involves 2D or 3D digital images that show every layer of the PCB. So, the inspection is completed in one move. The procedure allows a look at the workings of the entire board. A schematic provides a reference for comparison.

Among the advantages of AXI are:

AXI does require operators with training and experience, but that’s a nonissue if you’re working with a contract electronics manufacturer you trust. The test can result in significant time and cost savings in spite of the additional personnel expenditures.

Micro-sectioning is destructive, but with it, a component that isn’t performing properly can be removed. The component is then put into a curing epoxy, exposed by means of abrasion, and compared with a functioning component.

With a closer look, a technician can see:

PCBs can be contaminated in more ways than we care to admit, including:

The results of contamination can include, among others:

PCB contamination happens frequently. So testing for it is essential to proper component performance.

Known also as resistivity of solvent extract, or ROSE, testing, contamination testing is designed to find the bulk ionics and contaminate boards. The process involves a zero-ion or other ionic testing unit drawing ions on the board into a solvent. The ionic contamination is then measured and plotted on a curve to compare it to industry standards.

This test is great for a variety of production factors:

Although designed to identify faults and discontinuities in metallic cable connectors and other electrical paths, it also works for PCB testing.

Specialized TDRs can be used to locate failures in high-frequency boards, particularly those that act like transmission lines. The instrument spots reflections revealing unsoldered pins of a ball grid array, short-circuited pins and more.

As a general rule, peel tests intended for flexible adhesives measure resistance to highly localized stresses. Specific to PCBs, this test measures the strength needed to peel laminate from the board.

The float test determines the thermal stress a board’s holes can withstand.

… Or Should Your Project Go in a Different Direction?

Work with your electronics contract manufacturer on a case-by-case basis to determine whether you need functional testing or a more intensive (and expensive) test -- or both.

There are many other tests that may be a better fit than PCB functional tests. These include:

To figure out which combination of in-circuit and functional tests will help ensure the highest quality for your PCBs, talk to your electronics manufacturing services provider early and often. Doing so in the design phase will ensure the design is not only manufacturable, but also is compatible with the tests ideal for your project. Bonus points for your ECM if it has both testing and design assistance capabilities!