All About PCB Contamination Testing 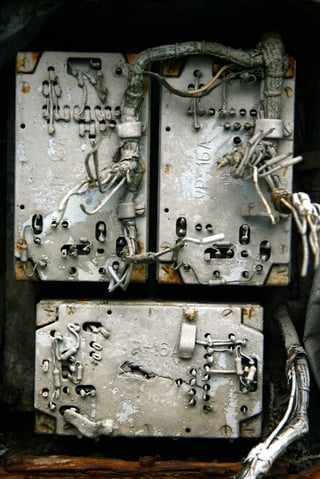 PCB contamination testing is not for every project, but it’s a lifesaver for some.

One type of PCB testing has proven itself over decades of use. You may have heard it called Resistivity of Solvent Extract (ROSE) testing -- it’s the most reliable go-to for printed circuit board checks.

This isn’t to say that other PCB testing methods aren’t useful and important in detecting contamination that can lead to PCB failure. But for the majority of applications, including medical equipment and other Class 2 and 3 electronics, ROSE testing does the job and does it well.

Contamination can cause many problems, including:

PCB processing and assembly (should) take place in a squeaky-clean environment designed to keep the air and components clean. Even still, contamination can and will happen at some level -- it’s one of the most common causes of component failure.

ROSE testing (also known as ionograph or Omegameter testing) measures salt content. Too much salt means the PCB manufacturing process has left excessive solder or chemical residue. The connectivity problems that can result when boards do not meet PCB cleanliness standards can cause shorts and poor performance.

ROSE testing is not standard. It might be recommended by the PCB manufacturer but should be performed only at the request of the customer.

How Do PCBs Become Contaminated?

Common sources of contamination include:

The simplicity of ROSE testing is one of its major benefits. It simply requires a meter to measure conductivity or resistivity and a mixture of deionized water and alcohol to determine salt content.

On average, the test takes about 5 minutes, and it’s done using samples. Not every board is put through it -- maybe 2-3 per 100. The timing and the fact that only samples are tested means the process is relatively inexpensive and doesn’t significantly lengthen the production process.

After the PCB has been bathed, the water/alcohol, the fluid is checked for dissolved ions. A change in the fluid’s resistivity lets the tester know how clean or dirty the board is. In the end, the ROSE test uses a non-destructive method to reveal the level of conductive material remaining after processing circuit boards using rosin-based fluxes.

Then, the ROSE tester plots the contamination level on a curve and compares the value to industry standards. A “fail” grade confirms there’s a problem with the cleaning process.

ROSE testing has been shown to be reliable and is trusted throughout the electronics industry. But there are other PCB testing methods, including:

If there’s any question about whether to employ PCB contamination testing or which kind of testing is most applicable to your product, ask someone. Even better, ask someone who understands the reasons for the procedure and the best way to execute it.

Check in with an electronics contract manufacturer that offers testing -- the more types, the better. Such an ECM will be able to ID any additional or replacement tests for your product.

Does Your Assembly Need a PCB Microsection Analysis?

How to Prep for Success With PCB Box Build Assembly Services