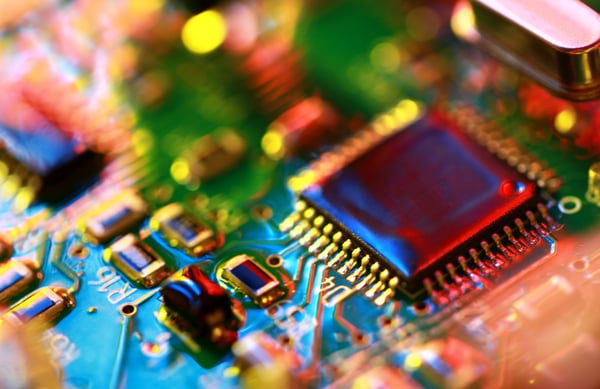 It seems simple enough. If you’re a manufacturer who uses electronic components to build your products for American or international markets, you need RoHS 3 compliance. The U.S., China, and other countries have established electronics manufacturing standards on dangerous materials, closely styled after the EU’s Restriction of Hazardous Substances.

Although they’re all aimed at enhancing safety, the regulations in these so-called RoHS-compliant countries vary enough that you should be paying attention.

What Are RoHS-Compliant Countries Dealing With Today?

The RoHS 3 directive, the most recent from the EU, has been in effect since July 22, 2019. It adds four compounds to the list of RoHS banned substances, bringing the total to 10:

Here’s a brief breakdown of RoHS-style rules from around the world.

RoHS requirements in the United States came to exist when California implemented restrictions on just four of the substances listed in RoHS 3:

The limits apply only to video displays. Since the California RoHS law went into effect in 2007, other states have followed suit with RoHS-style regulations, including Illinois, Minnesota, Colorado, Wisconsin, Indiana, Rhode Island, New Mexico, and New York.

Japan: All but the Phthalates

Only the first six substances make it onto Japan’s restricted substances list, leaving off the phthalates (which were added in RoHS 3 standards). The designated concentrations of the substances are the same as the EU’s RoHS roster.

China: A Matter of Time

Like Japan, China focuses on the first six substances, requiring that a Environment Friendly Use Period sticker, produced only in Chinese, is applied. The sticker reveals how many years it will take for the RoHS substances to pose a hazard to health or environment.

Korea: A Matter of Design

Again, the first six substances come into play. Korea holds to EU standards for these materials for vehicles and other products. The emphasis in this country is on design improvements that make the products more environmentally friendly.

Taiwan: Too much? Just say so.

Although Taiwan follows EU standards for the first six substances, it does allow products that exceed hazardous material limits -- with a disclaimer. In cases where the substance exceeds limits, a Table of Presence Condition of Restricted Substances must be visible on the product, packaging, and user’s manual.

Singapore: Not Even a Little Bit

Like the California RoHS law, Singapore’s RoHS-style rules apply to a limited range of products, including:

The first six substances on the EU list are prohibited in these products.

All 10 hazardous substances from the EU RoHS list make it into Ukraine’s directive. It also keeps the EU’s product categories and RoHS exemptions, such as the use of lead in medical equipment.

However, the products covered differ. India regulates the following categories, but only to an extent:

Norway: Going Their Own Way

Lead is the only common element in the EU RoHS and the Norway Technical Regulation Decree No. 139 list of restricted substances. Instead, Norway includes:

Eurasia: Going with the EU

Armenia, Kyrgyzstan, Russia, Belarus, and Kazakhstan, which make up the Eurasian Economic Union, have adopted regulations along the lines of the EU’s RoHS 3.

Putting Your Product on the Market

Although not complete, this catalog of RoHS compliance requirements from various countries shows how tricky it can be to navigate the regulations. Your electronics contract manufacturer is a good starting point for the information you need for getting your product to the right markets -- legally.

To learn about other regulations and standards you might come across during production, check out the free e-book below:

The Cost of PCB Repair Services Vs. E-Wasting Your Budget