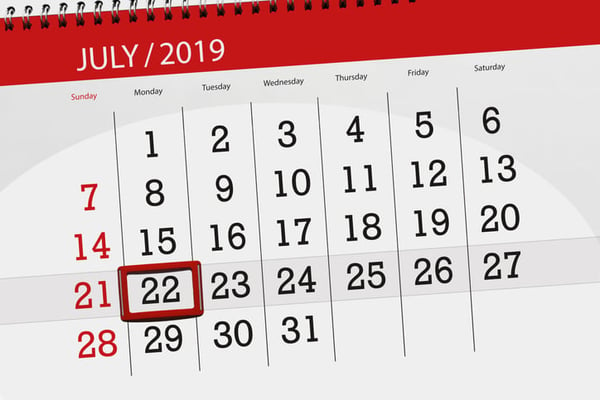 For those in the electronics manufacturing supply chain, RoHS compliance is a big deal. Hopefully you’ve treated it as such well in advance of the July 22, 2019, RoHS 3 deadline.

The Restriction of Hazardous Substances is a directive of the European Union but also affects U.S.-based companies looking to sell products in European markets. Effective July 22, 2019, the RoHS 3 directive will be live (with a few exceptions we’ll explain in a sec). Just about any electronics you can think up is carefully regulated under RoHS, including (but not limited to):

First, A Quick Refresher on the RoHS 3 Directive

Lead was the biggie for electronics manufacturers in RoHS 2. Also notably, certain fire retardants made the list. RoHS 3 will include lead and the other original six offenders, while adding four new regulated substances:

Twisting your tongue just trying to read these? Probably because you haven’t heard of them. The four new RoHS substances are plasticizers not widely used at this point.

If you do have one of these four substances in your product, or if you’ve ignored the first two RoHS directives to this point, or even if you just need a refresher, keep reading. We’ll address how these changes affect electronics OEMs (original equipment manufacturers) and what they should do to prepare.

At what production stage is this addressed by my ECM (electronics contract manufacturer)?

Scouting for hazardous materials is usually done with a third-party component database like SiliconExpert. On their end, OEMs will have to spend time scrubbing their BOM (bill of materials) for hazardous components.

If the BOM is now obsolete due to RoHS 3 and you can't find a near-identical component to the one that's in violation, you might have to adjust testing parameters or the way you’re manufacturing your product. Fortunately, the likelihood of having to do this is pretty small.

What if my Contractor Lacks the capacity to Address RoHS?

Look for an ECM or engineer that can review your product to make sure you are compliant. Go through each component to completely understand its contents.

If you have a resistor, for example, and there is a new plastic used in making it, you will need to check on whether the plastic is RoHS 3 compliant. Or, if you are using PVC wire that is now no longer RoHS compliant, you will have to change that to sell in the European Union.

Together you’ll need to look at the entire BOM to make sure it is now free of all 10 chemicals.

You can also make the business decision to have two different products -- one that is RoHS-compliant and one that isn’t. This would involve evaluating the ROI for each option.

We’re not in the Euro market, so why worry?

Usually it’s more convenient for component makers to comply with European regulations because, once you comply with the strict EU standards, you're basically able to sell your product anywhere in the world.

How does this affect you? Even if you’re not in the worldwide market, you could still face a serious obsolescence issue because your component suppliers don’t want to make noncompliant parts any longer. They may be trying to simplify their production strategy as well, leaving you and your archaic design stranded.

(Side note: In the U.S. you see a similar concern in California with Proposition 65, which requires the state to maintain and update a list of chemicals known to cause cancer or reproductive toxicity. If an electronics product contains a chemical that might cause cancer, it must be labeled with consumer warnings.)

How long until this actually affects OEMs’ ability to do business?

Unless you’re working in the medical industry, which is getting a 2-year extension to meet these stricter requirements, you will be affected immediately unless you have some type of variance. If not, you’re out of luck July 23.

Hopefully you didn’t want until the last minute to comply with RoHS. If you did, team up with a RoHS-savvy electronics contract manufacturer ASAP to make sure your electronic components are in compliance.

It’s on Your Contract Manufacturer, Too

Even in 2019, we still get electronics companies coming to us saying, “I guess we should make our stuff RoHS compliant.” Whether you’ve already geared up for the RoHS 3 effective date or you haven’t even bothered with the original RoHS yet, get an ECM involved. We’ve helped many companies convert their product to a compliant version, so let us know if you have any further RoHS questions.

What Is a PCB Solderability Test?

Does Your Assembly Need a PCB Microsection Analysis?