What Is the Cost of a Flying Probe Test? 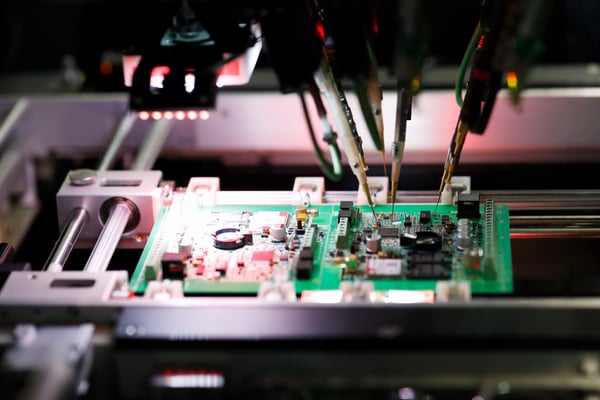 For many companies, the focus on printed circuit board (PCB) production is on-time-delivery and quality. However, just as important to a product’s success and longevity is PCB testing.

The two most acknowledged forms of effective testing are in-circuit testing (ICT) and flying probe testing. Both are effective at finding lapses in production quality, but the flying probe test is proving to be an especially cost-effective method to improve board standards.

What Is the Flying Probe Test?

As opposed to traditional testing methods, where testing probes are securely held in place, flying probe testing involves the use of two or more independent probes operating without fixed test points.

These probes are electromechanically controlled, and move based on specific software instructions. Headers in each probe are capable of performing tests along an X-Y axis at a very high speed. Adaptations in testing modalities can be accomplished with a simple software change.

The flying probe method, like other common testing methods, checks:

Other specific checks the flying probe method can perform include:

What Factors Go Into a Flying Probe Test Price?

Flying probe test capabilities can achieve substantial cost savings over traditional methods due to the balance of high-tech capabilities and speed. Factors that go into cost consideration include:

The costs to set up a fixed system or ICT unit for a low-to-medium-volume run can be prohibitive, but a flying probe testing is far less limiting when considering volume.

ICT has an initial cost of $15,000 for equipment setup, so flying probe testing is far more cost efficient for smaller volumes.

Complicated boards can be difficult to test using fixed location methods. The adaptability of the flying probe enables it to quickly and easily maneuver around tight locations.

Customers usually press for faster turnaround between design, prototype, and production. Test times with flying probes can be reduced substantially, which results in increased productivity and cost savings.

Customers typically have strict budget requirements, which can be met through the use of flying probe tests. Investing in expensive testing equipment for ICT or other methods doesn’t appeal to many small manufacturers.

When all factors are taken into consideration, the cost of flying probe testing stacks up favorably against other methods of PCB testing. In particular, the high fixture costs of ICT are not practical for small runs or prototype testing.

Changes to fixed structures can be cumbersome, but changes to software in the flying probe method can usually be accomplished in a cost-effective and timely manner. If you end up needing to reprogram flying probe testing software, you could have a good program in around 8 hours.

While a flying probe does not test connectors, non-active components, or verify circuit functions as a whole, the overall speed of operation and accuracy of results lean heavily in favor of this method’s ability to decrease design time and time-to-market.

Your Design, Testing, and Prototyping Partner

For the best results in flying probe testing, work with an electronics contract manufacturer with an established history of testing services.

But, as we mentioned, flying probe testing isn’t the only method -- maybe another method suits your operation better. Learn more about other PCB testing methods in our free e-book guide!

Nadcap vs. AS9100 Standard for Electronics: What's the Difference?

If there's one thing that takes center stage in the aerospace industry, it's safety. This, of...