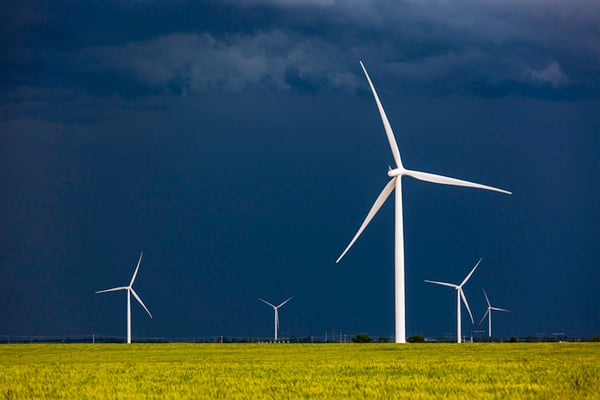 Wind energy developers and designers are continuously working toward the goal of creating more efficient wind turbines. It’s the only way forward for both profitability, sustainability, and meaningful global penetration of renewable energy.

One of the major factors affecting turbine siting, availability to generate, and overall efficiency is bad weather -- whether it’s a hurricane hitting an offshore wind farm or a severe storm causing blackouts in America’s breadbasket. Just as solar energy production is challenged by cloudy days, wind energy production can struggle to deal with the massive storms that ravage coastlines.

Fortunately, the industry has potential solutions to the problem of extreme weather. One of the most attractive options is distributed wind energy -- a renewable energy system sourced from multiple smaller wind turbines in areas less vulnerable to the full force of Mother Nature.

There are more issues -- and potential answers -- out there for energy production in extreme weather. Keep reading to learn how America is leaning into new wind energy solutions to weather the storms.

Sometimes, nature is not the most reliable partner for wind energy production. Here are four direct and residual effects that weather and water have on efficiency:

The most powerful storms in the world develop above the oceans and move inland to coastal areas -- right where offshore wind turbines are set up. High-speed winds rip into turbines and can cause serious damage.

Inland, storms can also affect grid stability if there are not enough reliable contributors to the system.

Saltwater corrosion has always been a problem when building on the coast. Wind turbines are no different.

Saltwater spray is unavoidable and increases the rate of degradation of most materials it contacts. Many offshore turbines have submerged foundations, which also must be made of ultra-tough, marine-grade materials.

Salt corrosion is less of a problem -- but still a problem -- when you build near-shore turbines instead of building in the water. The humid, salty air increases corrosion and oxidation to rates well above those found on wind turbines in the great plains. But people pay a lot to live on the water so you are going to have a tough time getting permission to build there anyway.

Of course, in times of bad weather, even more seawater is being whipped around, causing additional corrosion.

Even in the best weather, the water presents a lot of difficulties for wind turbine placement and maintenance.

With much lower maintenance expenses than their fossil fuel counterparts, damage to these wind turbine components is extra-painful for the owner.

Damage from storms, salt, and water are inevitable. But there’s still no perfect way for getting out to actually repair the damage.

Owners have to pay to transport trained professionals to the remote windfarm to service the equipment. Everything takes more time and money when you’re sending someone offshore, even down to feeding the repairman. For all of these reasons, offshore wind turbines are generally much larger than utility-scale wind turbines on land. 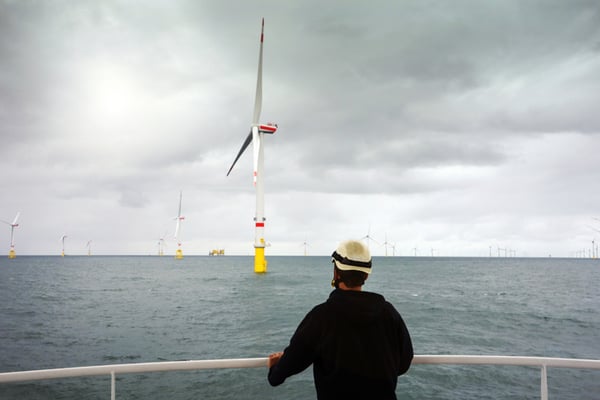 Can the Efficiency of Distributed Wind Turbines Answer These Challenges?

Early on in wind energy development, coastal and offshore areas seemed like the obvious solution to our renewable energy problem. If you’re going to build an expensive wind turbine, you might as well do it where the wind never stops blowing, right?

Offshore wind isso expensive and difficult to maintain -- particularly because of weather -- that companies are developing alternative solutions for entities with smaller budgets. The most promising of these solutions is distributed wind energy, aka Small Wind.

Distributed wind essentially creates mini power plants all over the country. The advantages here allow multiple “power plants” to function independently of any other commercial power. This strengthens the existing grid resources and removes inefficiencies of long distance power transmission.

Any individual or organization that wants to contribute to energy independence can install the appropriately sized wind turbine for its application and access wind energy on a local level.

Islanding is one such problem. Historically, if power went down in bad weather, the grid producer would tell a wind farm to shut down and hop off the grid while repairs were being made. A portion of the grid would “island” itself and restrict. But what if demand increases during the outage? Islanding can actually make grid stability worse.

Fortunately, next-generation turbines are being designed for distributed wind with anti-islanding capabilities to increase grid stability. Modern power electronics provided by Windurance allow the wind turbine to work with an islanded grid to stabilize the island and resynchronize with the grid when appropriate. The power company can tell the owner to stay on the grid and will relay directions automatically. Combined with better storage solutions, anti-islanding through distributed wind will improve the reliability of the power grid.

The more contributors on a grid, the less downtime it’ll see.

While distributed wind is likely the most effective long-term answer for avoiding major weather disruptions of wind energy production, there are some interesting approaches being used to address the offshore weather problem.

Pitch-controlled wind turbines allow for the adjustment of blade pitch, which can relieve some of the pressure of high winds.

In stall-rated wind turbines, you can't change blade pitch. You just point them toward the wind and hope for the best. Think of pitch vs. stall as the difference between holding a folded umbrella up in a wind storm vs. holding an unfolded umbrella.

Downwind turbines are another high-potential alternative for reducing downtime due to storm damage.

These downwind turbines do run into some issues with turbulence and fatigue, however, because the tower blocks a small portion of the wind before it hits the blade. The blockage also creates a disruption in offshore wind turbine efficiency.

Advantages of Distributed Wind for the Small Guys

Distributed wind doesn’t have much of a presence in hurricane-prone areas right now. But there are plenty of colleges and communities in North Carolina and other coastal regions that could benefit from distributed wind systems.

To learn more about distributed wind’s potential, ask a question via the button below!