The Truth About Pitch System Downtime 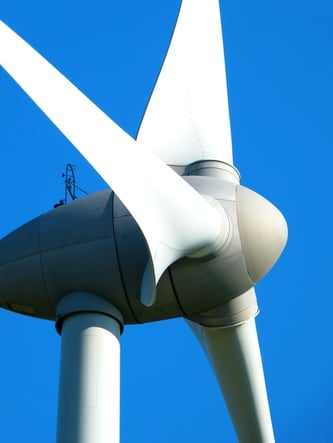 When a wind turbine goes offline due to unplanned maintenance, the owner-operator can lose several thousand dollars each day. The most frequently cited culprit? At least one study has shown 23% of downtime is attributed to the pitch system. This is followed by the gearbox, frequency converter, and other culprits.

The numbers we typically see about pitch system downtime are quite misleading. Below we’ll explain how there’s far, far more to that number than simply “Oh, the pitch actuator messed up again.” We’ll also explain how Windurance pitch actuator systems’ downtime is way less than the national average -- in addition to being more efficient in general

That 23% number has more to do with your interpretation of the numbers than it has to do with pitch actuator faults. In reality the actuator is often shutting down not because of its own shortcomings, but because of an issue elsewhere in the turbine.

That’s why we recommend tapping into an underused resource -- the data the pitch actuator gives you. This analysis can be brought to the main control and remote SCADA (Supervisory Control and Data Acquisition) station. It will indeed show on the SCADA system “pitch fault” or “pitch warning.” But with the right data you can see what really happened and what’s the real suspect in your investigation.

With the proper training, you can interpret the data and find out what needs to be corrected in the turbine before you head on-site. Then you can proactively access which parts and tools you need to bring.

These failures can all be summed up in one sentence: It’s often not the pitch system failing; it’s actually the system doing its job.

There’s a large amount of historical data and comparison out there that can help you determine why a fault occurs and how best to fix it. Where’s this data? Right in your Windurance system.

Take this example: the average voltage/current through the motor. If that trends higher, that would suggest something troubling:

With historical and real-time analysis, the Windurance pitch system can raise its hand and say, “Hey, something is going on!”

This all happens without needing the main turbine controller built in. Windurance puts that knowledge right in the pitch actuator!

What Is a Failure? And What’s the Solution?

First you have to agree what a failure is. Did a pitch system fail, or was it due to a fault somewhere else? Was is due to a low battery? Was it due to a consumable part like a motor or bearing consuming its useful life?

All of that will fault the wind turbine system, but it's not necessarily because the pitch system stinks. It's actually shows more of a success.

Improving turbine reliability can significantly reduce operations & maintenance cost and in turn increase the cost value of your energy production. And a Windurance pitch actuator makes that happen through reliable build, data monitoring, and more.

What could possibly improve your wind farm’s availability and profitability more than a pitch system that only breaks down once every 13,000 hours?